One of the most underrated ways of losing weight is replacing calories with different kinds of calories. This may sound a bit confusing when you read it on paper, but it’s important to realize that dieting is all about maximizing your nutritional efficiency. This is very important to acknowledge because there are all sorts of factors that come into play, and without a doubt, caloric density is the biggest influencer as far as what determines how much weight you gain or lose.

if you’re looking to use meal replacement shakes for bulking, you’re going to have to step up to the plate with an entirely different approach to traditional meal replacement. For one, you’re using these shakes as an add-on for whole food rather than trying to replace whole food altogether. This is because when we are trying to add mass, we often can’t cook enough of the calories on our own to satisfy our cravings.

This is very different from a lot of other dietary goals, because rather than trying to use the diet shake to replace meal whatever whole foods you’re eating, you’re merely throwing them into the mix to save time and energy. It can be very costly and time-consuming to make all of that whole food, so hopefully, with the advent of a meal replacement shakes routine, you’ll be able to cut down on how much work you’ll have to do.

In these shakes, the two most important macronutrients are going to be protein and carbs. You’re going to want to have as many of these in the shakes because you’re going to want as much glycogen loading as you can get, and then you’re going to get a massive increase in mass, and that is precisely what you want. But be sure that the shakes are full of complex carbs so they can provide sustained energy and mass-building properties to fuel you when you’re in the gym. Also, make sure your protein is from high quality sources. But when it comes to the shakes that are also for losing weight, you have to approach it with a bit of a different philosophy.

When you’re looking to lose weight, in the fitness community it’s referred to as cutting. This is the process of losing as much weight as you can. This is an important distinction to make from bulking because when you’re bulking, you’re trying to add mass. When you’re cutting, your ingredients are going to be similar, but the thing that is tremendously different is the ratio and the quantity of each ingredient. So when you’re planning on adding protein and carbs, you’re going to add them, but there is going to be a lesser quantity of each macronutrient.

This is very important to track because if you want to lose weight, you have to consume less calories than your overall metabolic capacity per day; you can further reduce your capacity by exercising alongside your dieting and consuming calories in a deficit. But this is why so many people have trouble with meal replacement shakes. You have to remember there are no secret recipes in these drinks. They will not magically make you lose weight, so you have to track how many nutrients are in each shake. But if you do stick with your plan and remain disciplined regardless of what your goals are fitness-wise, you’re going to be very pleased with the results. 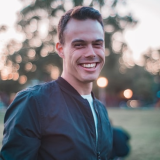 Other Posts You May Enjoy

How Does Apple Cider Vinegar Gummies Help You Lose Weight

Facts About The Garden Of Life Shake!

Isagenix Shakes: The Very Best Nutrition for Your Body

The Isagenix Review: What Can It Do For Me?